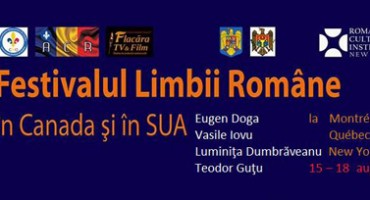 In this triple event will take part the great composer and virtuoso Eugen Doga (whose work came with great success in European and international circuit of musical values; his famous “Waltz” was declared part of the UNESCO heritage), the well-known panpipe player and conductor Vasile Iovu, the writer and screenwriter Luminița Dumbrăveanu, and the director and TV personality Teodor Guțu, all four of them from Republic of Moldova. The “cast” is rounded by Ala Mîndicanu, the president of Communaute Moldave du Quebec, which over the years has organized several cultural and artistic events for the Romanian communities in Canada, and who is the author of “Dor de libertate” (Longing for Freedom, 2007).

The Romanian Language Festival’s performances are organized by RCINY with the Romanian Cultural Association from Montreal, Communaute Moldave du Quebec, and Flacăra Film Studious from Chișinau, and are intended to both Romanian communities and the public of any national origin living in Canada and the US.

In Romania, the Romanian Language Day is celebrated on August 31, each year, from 2013, at the same date as Our Language, a similar celebration in Republic of Moldova. 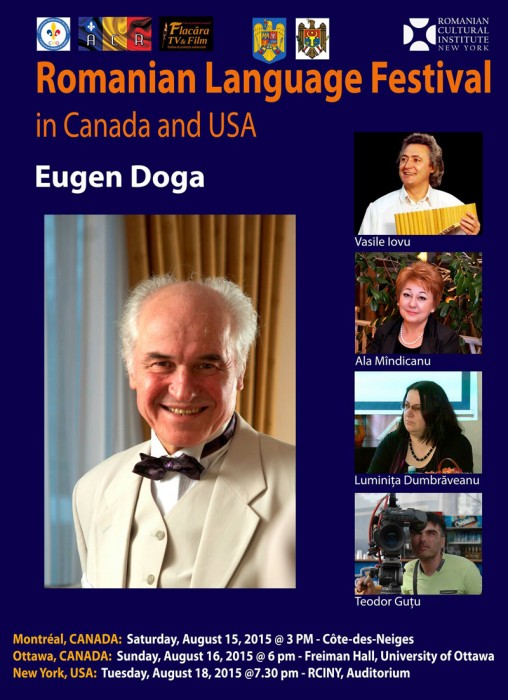